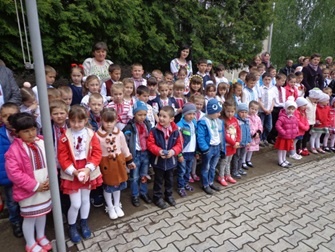 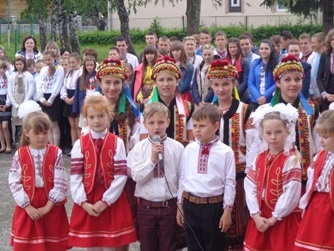 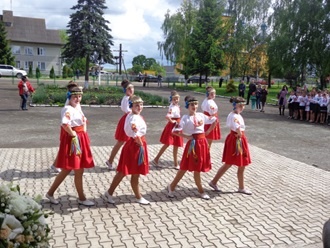 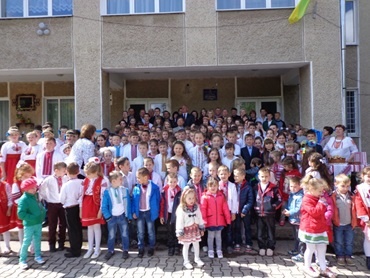 On May 18th, 2016, Ambassador Sumi with his wife visited Ivano-Frankivsk Oblast and held the handover ceremony of the Project for Improvement of Educational Environment in Primary and Secondary Education Institutions of Kolomyya District, a project under the 2013 Grant Assistance for Human Security Projects of the Kusanone Programme. The aid consisted of window replacements in six elementary and junior high schools, as well as three nursery schools. As a result, more than one thousand children benefited from the realisation of this project.
The ceremony was attended by Dmytro Romanyuk, Head of the Ivano-Frankivsk Eurointegration and Tourism Department, and Oleksandr Levytsky, Ivano-Frankivsk Deputy Mayor, as well as local children, mass media and other participants – around two hundred people participated. The participants expressed their gratitude many times regarding the assistance in creating of healthy and pleasant environment for the local children.
The event turned out to be a joyous celebration, as children were reciting poems and performing dances in red and white clothing, which they specially choose in honour of Japan.