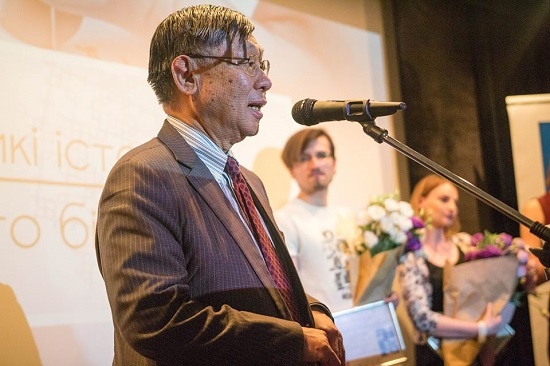 On June 23, 2016 Ambassador of Japan in Ukraine Shigeki Sumi participated in the screening ceremony of videos about businesses of IDPs which was held “Kyiv” cinema. The films are devoted to those, who had to relocate from Donetsk and Luhansk regions due to the conflict and succeeded in launching their businesses in new places thanks to the support of UNDP projects funded by Japan. During the ceremony, a contest for the best video showing a success story of one of the many businesses launched within the framework of the above-mentioned assistance was conducted.