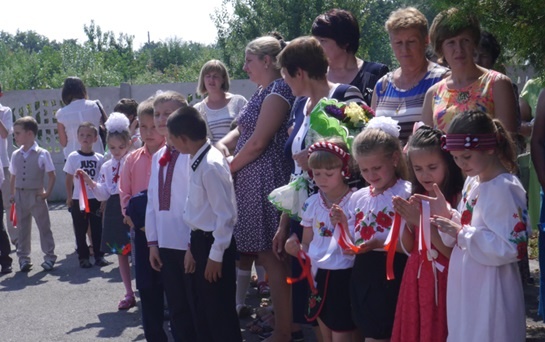 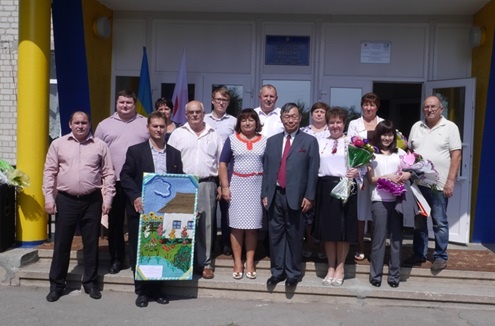 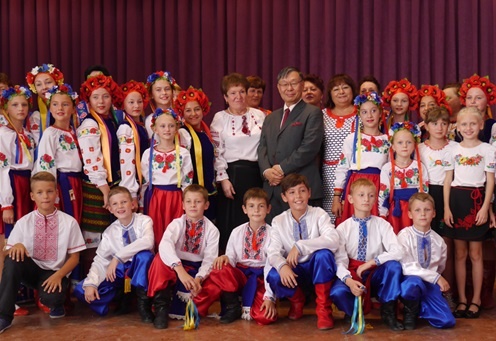 With children after their performance

On August 18, 2016 Ambassador Sumi visited Poltava Region in order to participate in the handover ceremony of the Project for Improvement of Educational Environment in Hlobyno District, which was implemented within the framework of 2014 Kusanone Grant Assistance for Human Security Projects. Around 350 students from the three schools located in Hlobyno District will benefit directly from the above-mentioned project, under which old windows, doors and roofs of the facilities were replaced.
The ceremony was attended by around 100 people, including representatives of Hlobyno District State Administration and Hlobyno District Council, students, educators and mass media. During the ceremony, representatives of the Ukrainian side expressed gratitude for the assistance, which enabled  improvements in the educational and sanitary environment to be made, and provided children with the opportunity to study in comfortable conditions.
After the official ceremony a concert was held in the House of Culture. Local children performed Ukrainian traditional dances and songs, which turned the handover ceremony into an outstanding event.