Ambassador Sumi delivering his speech during the ceremony 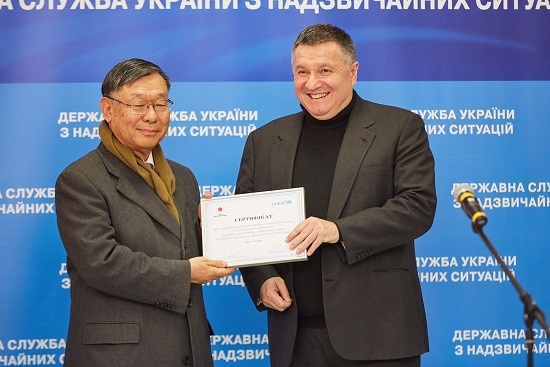 Ambassador Sumi handing over a certificate to Interior Minister Avakov 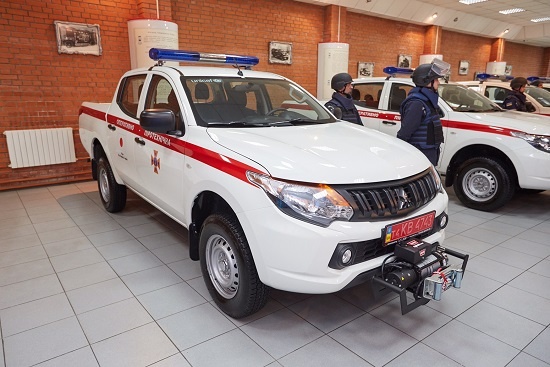 On December 1, 2016 Ambassador of Japan Shigeki Sumi, together with Ukrainian Internal Affairs Minister Arsen Avakov, participated in the ceremony to hand over twelve rapid reaction pyrotechnic vehicles provided to the State Emergency Service of Ukraine through UNICEF.
The vehicles were provided to improve the efficiency of demining activities carried out by the Ukrainian Government, as a lot of ordinary people, including IDPs, are exposed to danger due to the large number of landmines and explosive remnants located in the conflict zone in Eastern Ukraine.
In his speech, Ambassador Sumi said that Japan provides assistance to Ukraine in various areas, especially those under the jurisdiction of the Ministry of Internal Affairs, including the police. In turn, Minister Avakov spoke about his recent visit to Japan, during which he held negotiations with Japanese partners regarding future cooperation. The Minister also expressed hopes that these twelve vehicles would enhance Japan’s humanitarian assistance to Ukraine.