Ambassador Sumi participated in the handover ceremony for endoscopy equipment 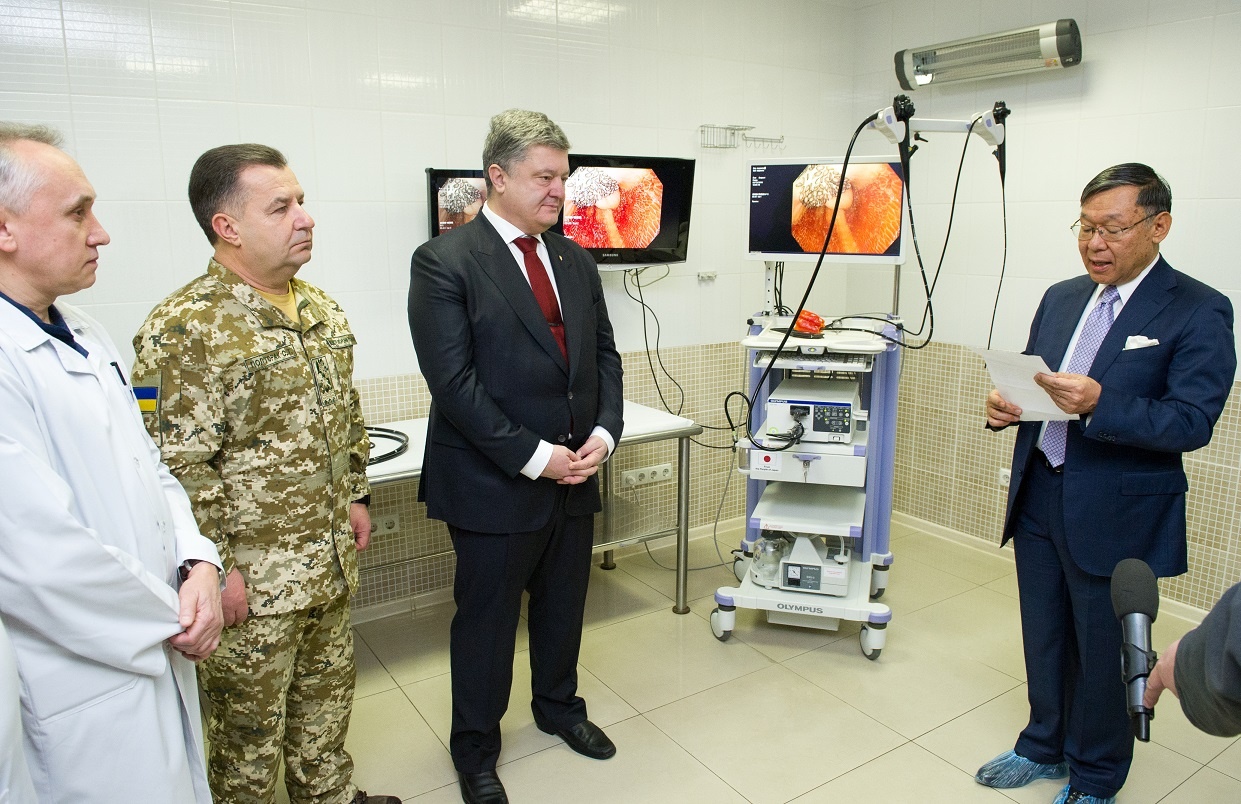 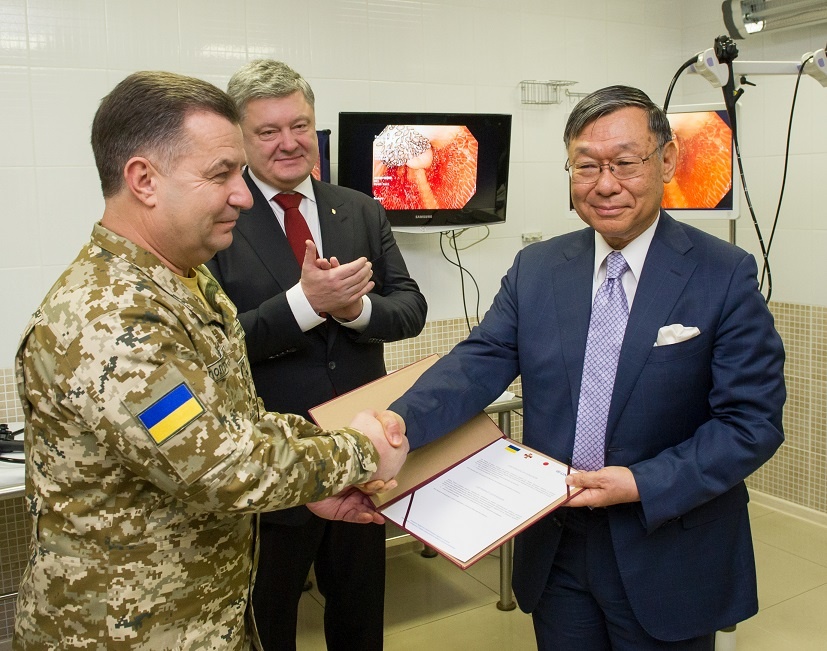 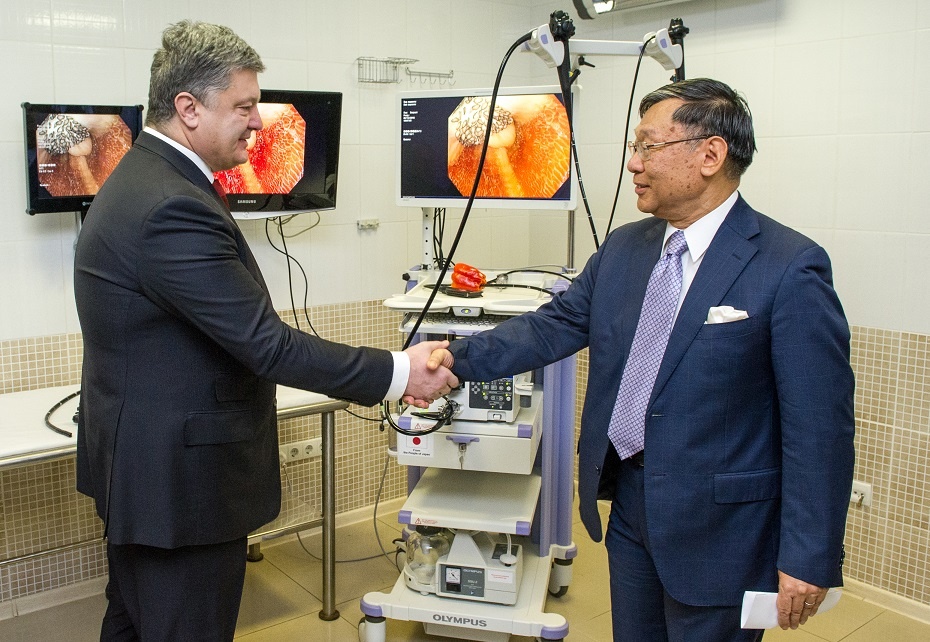 
On December 6, 2016 Ambassador Sumi, together with the President of Ukraine Petro Poroshenko and Defense Minister Stepan Poltorak, participated in the ceremony to hand over equipment for video endoscopy provided to the Ministry of Defense of Ukraine through the United Nations Office for Project Services (UNOPS). The ceremony was held at the Main Military Clinical Hospital in Kyiv.
As part of the humanitarian assistance to the healthcare sector, the above-mentioned equipment was granted in order to improve the medical system of hospitals providing treatment and rehabilitation to those wounded in the conflict in eastern Ukraine, whose number is increasing every day.
In his speech, Ambassador Sumi said that he wished that the conflict caused by Russian aggression would end soon and, as a result, Japan will continue to support the territorial integrity of Ukraine by imposing sanctions against Russia. He stressed that Japan, together with other G7 members, will continue to support internal reforms in Ukraine to ensure its economic prosperity, which was greatly damaged by foreign aggression. In this context, Japan pays great attention to the health reform initiated by Acting Health Minister Ulana Suprun and will continue strengthening its relations with Ukraine.
In turn, President Poroshenko said it is very important that having received the newest medical equipment from international partners, including Japan, it has become possible to provide advanced treatment. He stressed that relations between Ukraine and Japan have significantly strengthened recently and once again expressed his deep gratitude to Japan and UNOPS for this support, which he called very symbolic. The President noted that equipment will also be provided to hospitals in other cities.