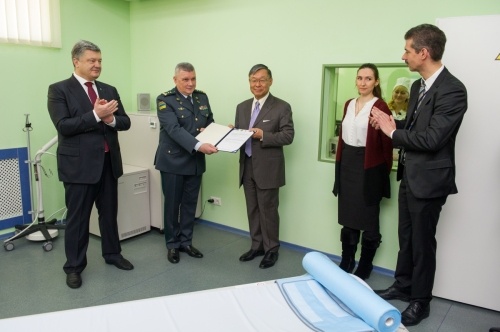 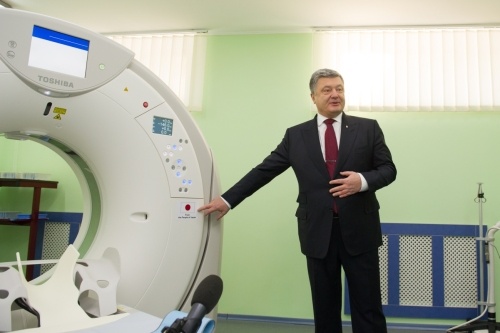 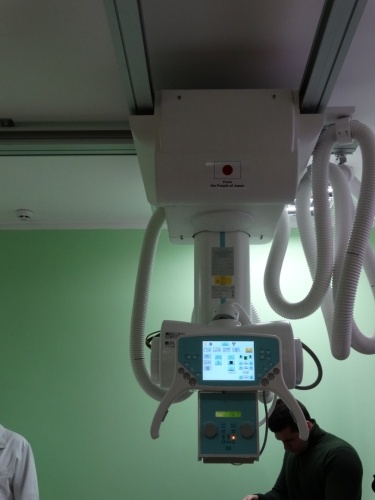 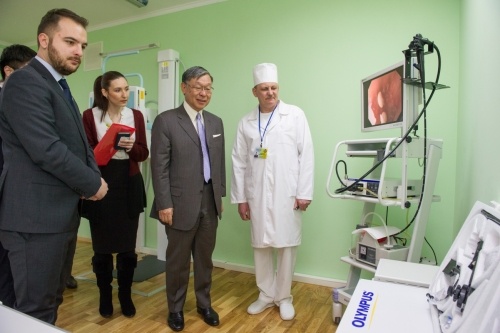 
On January 13, 2016 Ambassador Sumi, together with the President of Ukraine Petro Poroshenko and the Head of the State Border Guard Service Viktor Nazarenko, participated in the ceremony to hand over the equipment (CT scanner, X-ray device and endoscopy equipment) provided to the Central Clinical Hospital of the State Border Guard Service in Kyiv through the United Nations Office for Project Services (UNOPS).
The above-mentioned equipment was granted as part of humanitarian assistance aimed at improving the medical system of hospitals providing treatment and rehabilitation to those wounded in the conflict in eastern Ukraine, whose number is increasing every day.
In his speech, Ambassador Sumi said that support for the healthcare sector of Ukraine is very important for Japan and expressed hopes that the above-mentioned assistance will contribute to the improvement of medical service provided not only to people related to the State Border Guard Service, but all Ukrainians.
In turn, President Poroshenko said that this assistance is an important symbol of good cooperation between Ukraine, Japan and the UN. He expressed his sincere gratitude to Japan (pointing at the Japanese flag on a CT scanner) and stressed that it goes beyond relations between the two governments being but a present from the people of Japan to the people of Ukraine. The President noted that this handover ceremony is the first event within the framework of the “Year of Japan in Ukraine”, the Decree on which was signed two days earlier (Jan 11) and said he is looking forward to numerous events that are planned to be held this year by Japan and Ukraine.