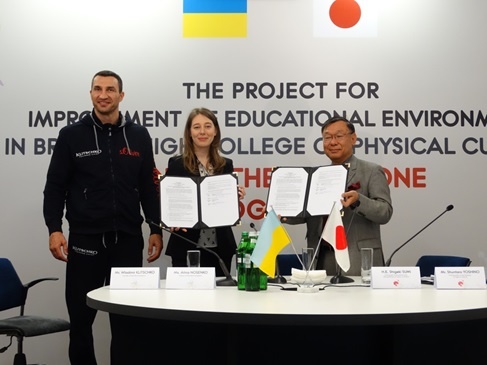 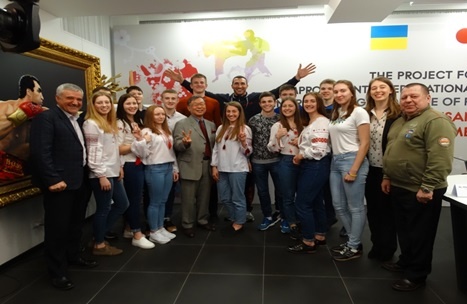 On March 16, 2017 the official signing ceremony of the Project for Improvement of Educational Environment in Brovary Higher Sport College was held in the Museum dedicated to the achievements of the Klychko brothers.
The ceremony was held in the presence of world-renowned professional boxer Volodymyr Klychko, who formerly held the titles of the WBA, world heavyweight champion. Renovation works for the handball gym and hall is to be carried out by the NGO" Klitschko's Foundation", founded by Klychko brothers: Mayor of Kyiv Vitaliy and sportsman Volodymyr (the cost of assistance amounting to US $71,574).
This project, together with the Project for Improving Training Environment at the Ukrainian Gymnastics Federation (signed in January), was funded by the grassroots cultural grant aid for 2017. This will contribute to the activities for promotion of sport by SPORT FOR TOMORROW (led by the Japanese government). This organization promotes sport for youth, as it is dedicated to a better future for young people and other generations worldwide. In total more than 10 million people will benefit from 100 nations, including developing countries, until 2020, when Tokyo will host the Summer Olympic and Paralympic Games.