Ambassador Sumi participated in the forum devoted to IDPs

2017/10/19
On October 19 Ambassador of Japan Shigeki Sumi participated and delivered a speech at the opening ceremony of the National forum “Three Years of Displacement: Challenges and Good Practices of IDPs Integration”, which was held in Kyiv. The event was organized as a part of assistance to eastern Ukraine provided by Japan and other countries through the Council of Europe and aimed at promotion of social reconciliation of internally displaced people who emerged due to the conflict.
In his speech, Ambassador Sumi said that despite the remoteness of our countries Japan feels deep sympathy with Ukraine. Therefore, since Maidan in 2014, Japan has provided and is gradually implementing the assistance amounting to around USD 1.86 billion, which is the largest by country. Ambassador Sumi also noted that he had visited eastern Ukraine many times and confirmed the efficiency of Japan’s assistance to eastern Ukraine. He also thanked the Council of Europe for organizing the forum and said that though the conflict tends to be forgotten in peaceful Kyiv, we should remember about the situation in eastern Ukraine and work towards its resolution. 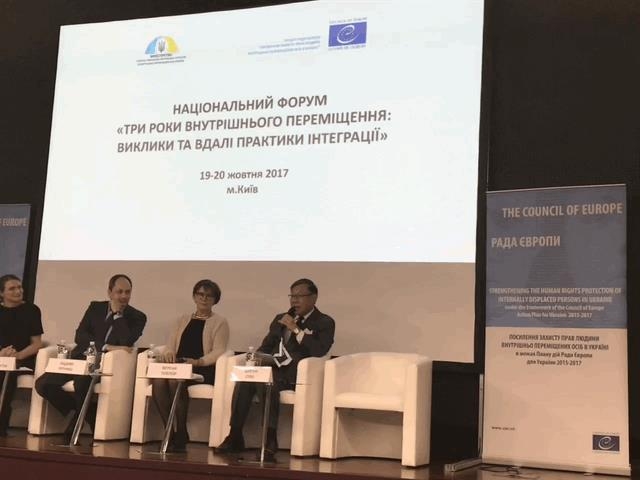 Ambassador Sumi delivering a speech during the opening ceremony 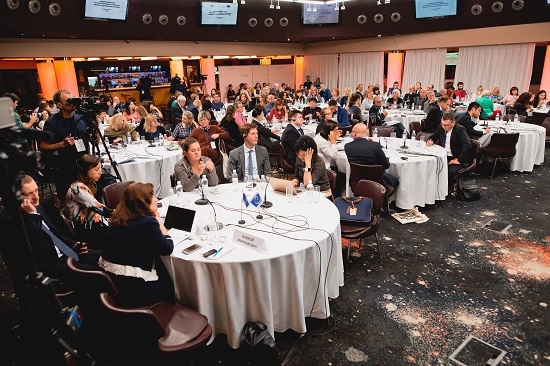