2018/1/11
On January 11, 2018 Ambassador Sumi, together with the Acting Minister of Health Ulana Suprun, participated in the ceremony to hand over medical equipment to Kyiv Regional Clinical Hospital provided under the Japan’s Non-Project Grant Aid for FY 2012. Under the E/N agreement, signed in July 2014, Japanese endoscopic and X-ray equipment worth a total of JPY 350 million (approx. USD 3.2 million) was provided to regional hospitals around Ukraine, including Kyiv and Dnipro cities.
Acting Health Minister Suprun said that the equipment provided includes the Japanese X-ray systems of the highest level and follows the assistance under which endoscopic systems were delivered to Ukrainian hospitals last year. Ulana Suprun also noted that Japan is the largest supporter of Ukraine among foreign countries, particularly providing assistance in medical sphere directly to Ukrainian hospitals.
In turn, Ambassador Sumi said that following the handover ceremonies of endoscopic equipment last year, it was an honour for him to participate in the ceremony together with the Acting Minister of Health Ulana Suprun. He noticed that medicine is one of the most important spheres to be reformed in Ukraine, and Japan has provided various support in this area. Ambassador Sumi also expressed hopes for successful implementation of medical reform. 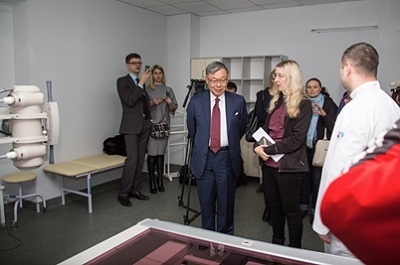 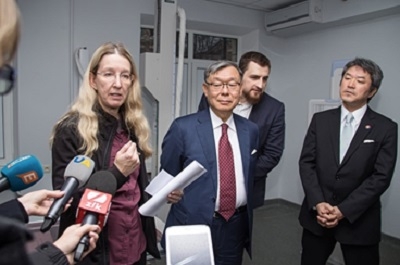 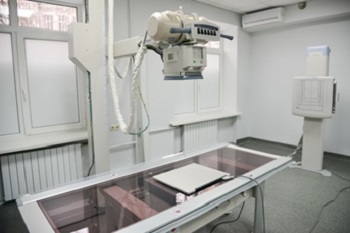 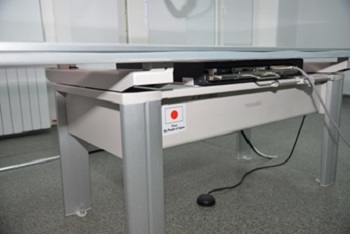