2018/2/13
On 13 February Ambassador Sumi visited Lozova city, Kharkiv oblast, where he participated in handover ceremony on The Project for Improvement of Medical Equipment in Lozova City Hospital was completed. Ambassador also had a meeting with Mayor of Lozova city S.Zelenskyi. The project has been implemented as a part of KUSANONE grant assistance program in 2015. Within the framework of the project Toshiba ultrasound system has been provided to Lozova city hospital through Charitable foundation “Regional medical foundation”.
Deputy Mayor of Lozova city O.Zhydkov, director of Communal enterprise on public health “Lozova territorial medical association” and other representatives of local authorities, as well as representatives of the hospital participated in the ceremony. The participants had the opportunity to watch the donated ultrasound system in operation during examination of a patient.
At the ceremony Ambassador Sumi expressed gladness that many local residents could use the donated equipment already, as well as hope for its further effective application, since ultrasound diagnostic equipment is very important for improvement of medical services quality. 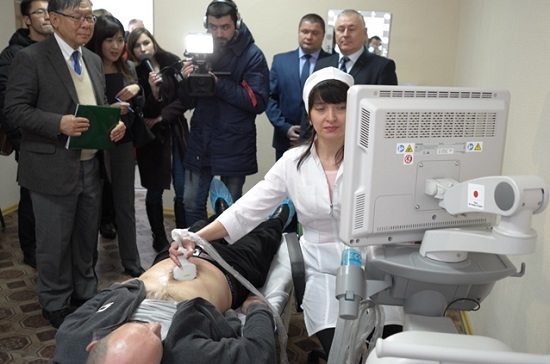 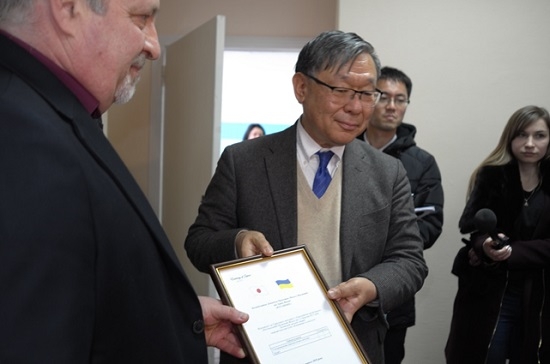 Handover of the certificate on equipment 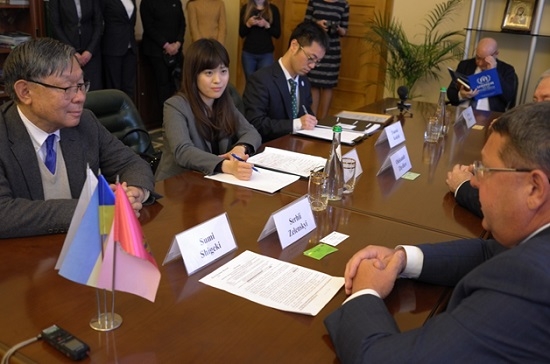