2018/2/13
On 13 February Ambassador Sumi visited Yuriivka town, Dnipropetrovsk oblast, where he participated in handover ceremony of The Project for Improvement of Educational Environment in Yuriivka District. The project has been implemented as a part of KUSANONE grant assistance program in 2015. Within the framework of the project 310 windows have been replaced in three schools and three kindergartens through NGO “Association of farmers and private landowners of Yuriivka district”.
Head of Yuriivka district council O.Buriak, head of Yuriivka district state administration V.Zolotopup and other representatives of local authorities, as well as representatives of kindergarten participated in the ceremony. Ambassador Sumi inspected replaced windows and had a tour of the kindergarten.
During the ceremony Ambassador Sumi stressed that education was one of the most important spheres for the future of Ukraine, therefore it is important to create comfortable conditions for it. The Ambassador said he was glad to know that the replacement of windows under the support of the Government of Japan gave opportunity for children to study in warm classrooms. 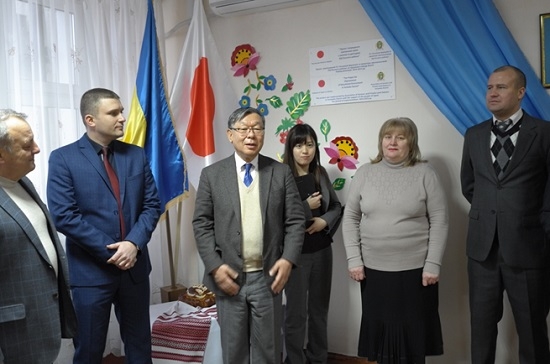 Ambassador Sumi speech during the ceremony (in the center) 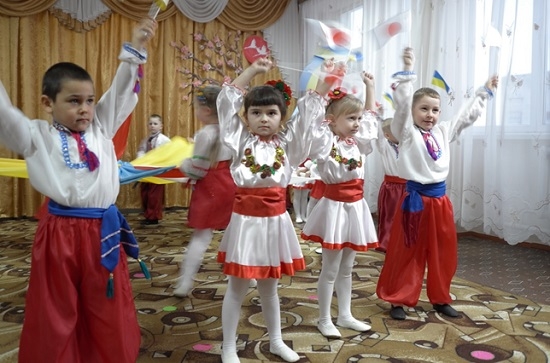 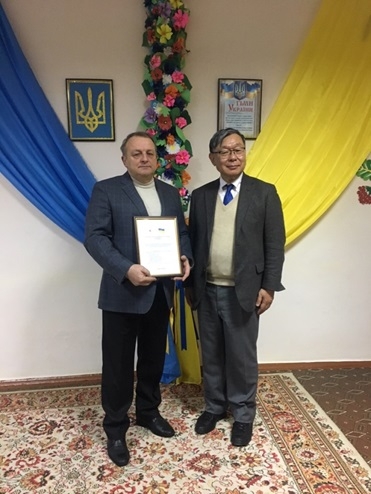 Handover of the certificate for replacement works (on the left Head of Yuriivka district council O.Buriak, on the right Ambassador Sumi) 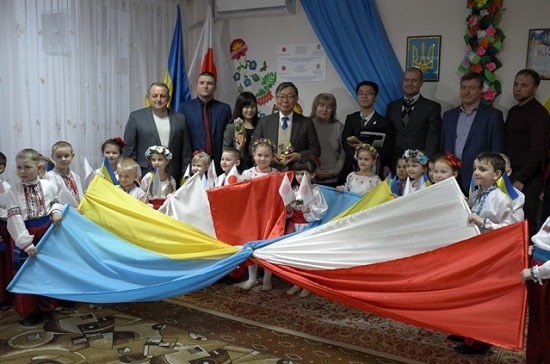