2018/2/12
On February 12, 2018 Ambassador of Japan Shigeki Sumi inspected the projects sites where the reconstruction assistance provided by Japan through the United Nations High Commissioner for Refugees (UNHCR) was implemented. Ambassador Sumi visited Kurdyumivka village in Donetsk region where he observed the houses renovated in cooperation UNHCR and talked to local citizens.
Japan provides assistance through the UNHCR for the most vulnerable categories of people who live along the contact line to renovate their houses which were destroyed due to the conflict in eastern Ukraine.
Ambassador Sumi said that Japan will continue to provide assistance. He stressed that the eastern Ukraine is not forgotten and conveyed his willingness to visit the region as often as possible. 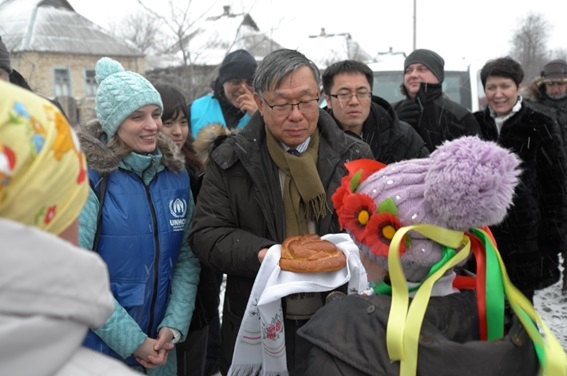 Ambassador Sumi welcomed by the citizens of Kurdyumivka village 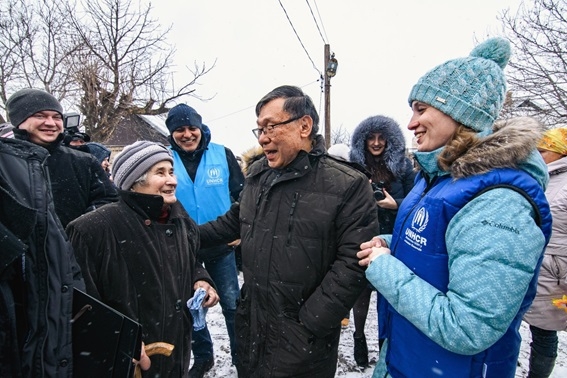 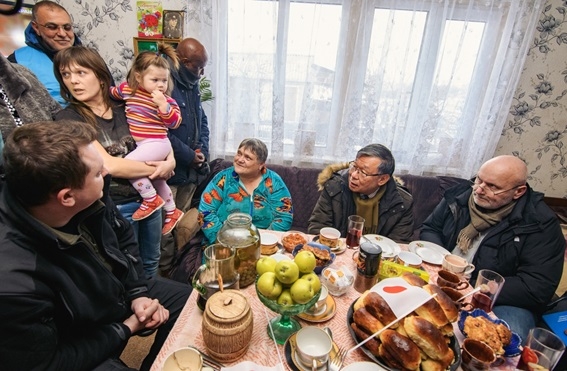 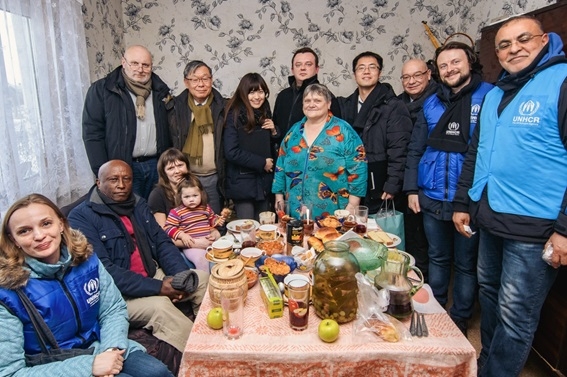 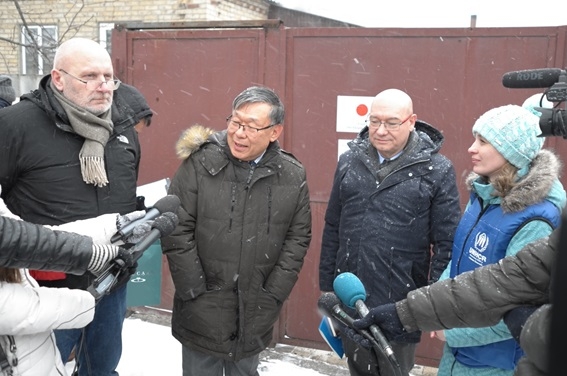