2018/5/24
On May 24 the Hand-over ceremony of the Project for Improving Training Environment at the Ukrainian Gymnastics Federation within the Kusanone Grant Assistance Program in culture field for the year 2016 took place at Olympic training center “Koncha-Zaspa”. The Minister for youth and sports of Ukraine Ihor Zhdanov, the president of the National Olympic Committee of Ukraine Serhiy Bubka, vice-president of the Federation of Gymnastics of Ukraine Iryna Deryuhina, Olympic and world champion Oleh Vernyaev and other athletes participated in the ceremony.
At the ceremony Ambassador Sumi said that it was a great joy to participate in such a wonderful event together with the Minister of youth and sports Mr. Zhdanov and other representatives of the Ukrainian sports. “I hope that the equipment granted by our country will improve the training environment for Ukrainian gymnastics and rhythmic gymnastics ahead of the Tokyo Olympic and Paralympic games to be held in 2020. I am looking forward to seeing Japanese and Ukrainian gymnasts competing for the medals” – said the Ambassador. In his turn, Minister Zhdanov noted that the technological level of the training facilities was extremely important in modern sports, namely in gymnastics and rhythmic gymnastics. “We are very grateful to Japan for this assistance. Now Ukrainian athletes can concentrate on the training in order to achieve great results”, – said the Minister.
This project, together with the Project for Improvement of Educational Environment in Brovary Higher Sport College (hand-over ceremony carried out in November 2017), are important elements of the Japanese initiative SPORT FOR TOMORROW (SFT) being held globally in more than 100 countries ahead of Tokyo Olympic and Paralympic Games 2020. This campaign is aimed at expanding values of sports and Olympic movement to more than 10 mil people around the world, particularly to young generation which is going to be responsible for our planet’s future. 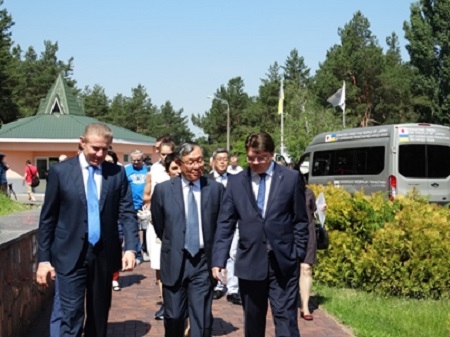 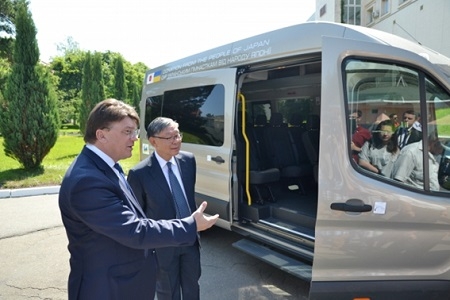 Mini-bus supplied within the framework of the project 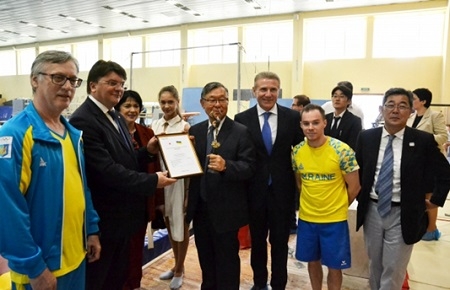 Hand-over of the equipment catalogue 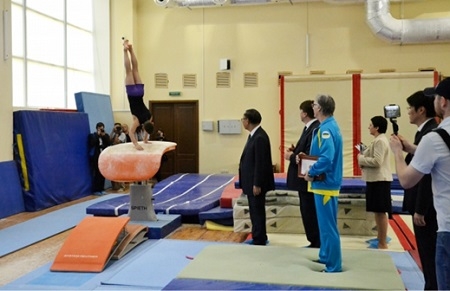 Vault demonstration on equipment supplied within the project 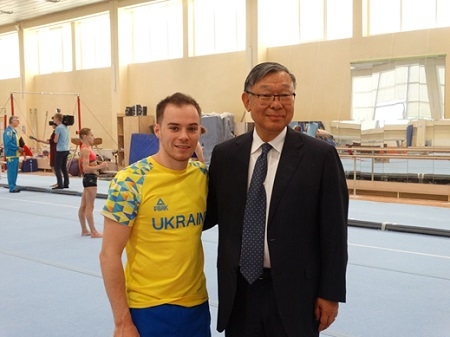 Ambassador Sumi and Olympic Champion Vernyaev after the ceremony 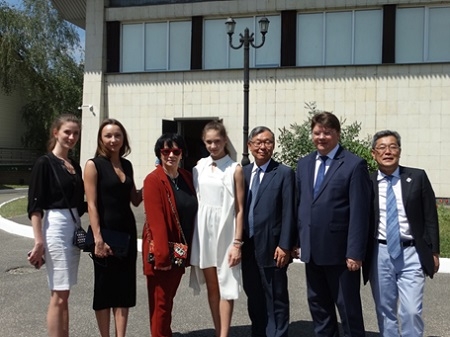 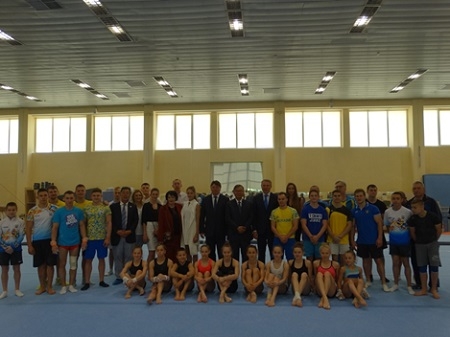 Group photo after the ceremony