2019/5/8
On May 8, 2019 the Deputy Head of Mission, Minister-Counsellor of the Embassy of Japan in Ukraine Kazuya Otsuka participated in the signing ceremony of the Memorandum of Understanding between JASIPA (Japan System Innovation Partners Association) and IT Ukraine Association, which was held on the premises of the latter.
The MOU was signed by the Executive Director of IT Ukraine Association Kostyantyn Vasyuk and the Vice President of JASIPA Chiaki Shirai.
In his speech, the Deputy Head of Mission Kazuya Otsuka said he was very happy that the Memorandum between JASIPA and Ukrainian IT Association was signed, and expressed hopes it would deepen cooperation between Japanese and Ukrainian companies in IT field. He also stressed that the Embassy of Japan will continue to support such business cooperation. 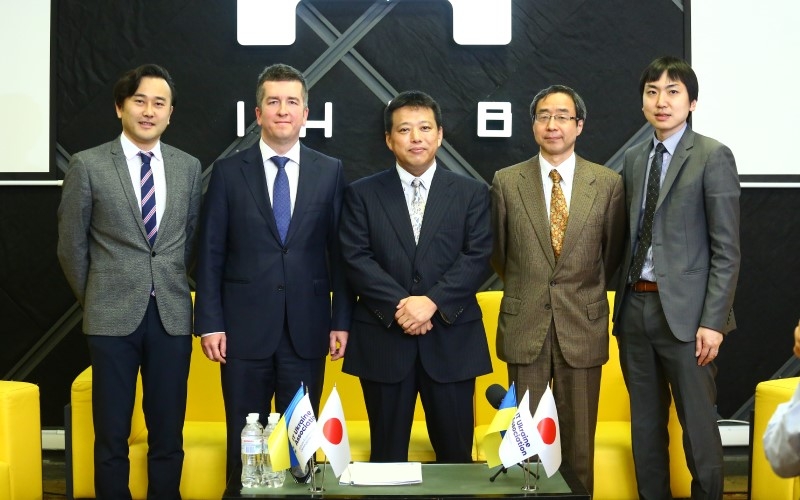